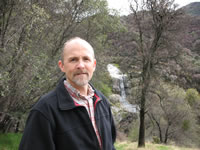 Bill has 30 years of experience in wildland fire having worked for the United States Forest Service as well as the National Park Service at the local, regional, and national levels. Bill has been recently active as an incident commander for a northern California team with large fire response actions across the western United States. Throughout his career, Bill has been active in executing or supporting fuel treatment projects for the benefit of communities bordering wildland as well as treating fuel for resilient landscapes.

A consistent tenet of Bill's leadership philosophy has been a focus on building, maintaining, and enhancing relationships. The Cohesive Strategy is a natural conduit for this focus.