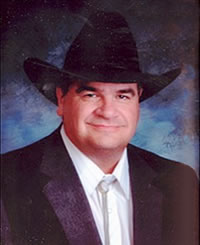 Robert Cope is a county commissioner for Lemhi County, Idaho, a position he has held for nearly 12 years. From this experience, he was chosen to represent local government on the Western Regional Strategy Committee. In addition to this duty, he has a seat on the Forest Service’s National Planning Rule Implementation Committee, was the past president of the Western Interstate Region for the National Association of Counties, is a member of the Local Government Advisory Committee for the Environmental Protection Agency, and he serves as a representative on the Idaho Resource Lands Coordinating Council.

Besides these positions, Robert also works as a veterinarian at the Blue Cross Vet Clinic. Robert received his doctorate in veterinary medicine from Kansas State University in 1975. He became an Idaho resident in 1977. After moving there, he became involved in land management issues. He has continued to do so to this day from a local perspective.